We are OPEN and accepting new cases. Telephone and Video Conferences Available.
In Maritime Personal Injury Cases NOT ALL LAW FIRMS ARE IN THE SAME BOAT
Contact Us for a Free Consultation
Associated With:
Home
Practice Areas
Tug Boat & Barge Crews
We Know Tugs - Washington and Alaska Tug Companies

What Compensation is Available for Tug and Barge Injuries? 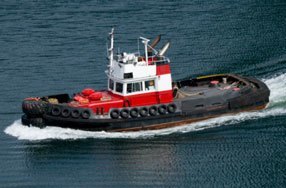 Under the Jones Act and general maritime law, you can collect damages for an on-the-job injury on a tug or barge, including lost wages, loss of earning capacity, pain, disability, loss of enjoyment of life, disfigurement and other damages depending on the specific circumstances of your injury. Oftentimes, the damages that you can collect under the Jones Act and general maritime law exceed what is available under state workers’ compensation. In order to be entitled to damages, however, your lawyers must demonstrate that your injury was caused, at least in part, from an unsafe condition or the negligence of your employer. This makes maritime injury cases more complex than workers’ compensation claims. In tug and barge injury claims, there may be a variety of ways to establish liability depending on the specific circumstances of your injury. If you have questions about your rights under the Jones Act or want a free claim evaluation, contact one of our award-winning maritime injury lawyers for a free consultation.

How long do I have to bring a Jones Act claim?

Under the Jones Act, an injured tug and barge employee must file a lawsuit within three years of the injury or the claim is barred by the statute of limitations. While you have up to three years to file a lawsuit, it is important that you consult with a maritime injury lawyer as soon as possible to protect your rights. Important evidence or testimony may be lost if you wait too long before consulting with an attorney.

Over the years, our tug and barge injury lawyers have represented workers in claims against some of the largest tug and barge companies in the world. We handle claims for injured tug and barge workers against any tug and barge employer, including the following employers operating in Washington and Alaska:

When you or a family member sustains an injury working on a tug or barge, we are here to help. Contact us today for a free consultation.