In Maritime Personal Injury Cases NOT ALL LAW FIRMS ARE IN THE SAME BOAT
Contact Us for a Free Consultation
Associated With:
Home
Practice Areas
Maritime Workers' Unions 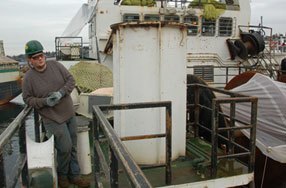 We are proud of our strong tradition representing maritime workers' union members in cases against tug companies, the Washington State Ferries, cargo carriers, and other maritime employers.

Because we have represented hundreds of maritime union members over the years, we understand the collective bargaining agreements that govern your maritime employment and how to make certain that your economic losses are fully understood when you are injured while working at sea. Maritime unions have worked hard to negotiate wages and fringe benefits for their members; these benefits must be taken into account when the economic losses of a seaman are calculated. Because we understand your benefits, we are able to seek a full recovery of all your losses, including lost fringe benefits that follow a marine injury.

We work closely with maritime unions to advance the rights of injured workers and their families in the courts. Unlike other forms of employment, seamen are not covered by state workers' compensation. Instead, seamen are generally covered under the federal Jones Act. As a maritime union member, you should keep in mind the following if you are injured during maritime employment:

Rights of Union Seaman in General

Members of the crews of tugs, barges, scows, ferry boats, fishing vessels and the like are "seamen" under the maritime law. A seaman who is injured or becomes ill while in the service of the vessel has the same rights and remedies as crew members of large ocean-going vessels. These rights include maintenance, cure, unearned wages and the right to sue for damages for injuries caused either by the unseaworthiness of the vessel or by the negligence of the employer. These rights arise from the relationship between the ship and seaman. The seaman is entitled to these benefits even if there is no provision made for them in a collective bargaining agreement or if no such agreement exists. This is precisely what occurred in Lipscomb v. Foss Maritime, 83 E3d 1106, 1996 AMC 1598 (9th Cir. 1996), where we represented an IBU member in a case against his employer to recover accumulated time off (ATO) as part of his unearned waged. The Ninth Circuit Court of Appeals ruled in favor of the IBU member (and all IBU members), holding that ATO benefits were owed seamen as a part of unearned wages.

When Is a Seaman Entitled to Maintenance, Cure and Unearned Wages?

A seaman is entitled to maintenance, cure and unearned wages whenever he or she becomes disabled because of an injury or illness which occurs "in the service of the vessel." This includes those injuries and illnesses that occur during the voyage as well as pre-existing injuries or illnesses which are aggravated or first manifest themselves while the seaman is in the ship's service. While the seaman is entitled to maintenance, cure and unearned wages regardless of who is at fault for the injury or illness, he or she may lose these rights if they know of the disabling condition which may affect his or her ability to work and conceals that fact from the employer, holding themselves out as fit and able bodied. The seaman will lose his or her rights if the illness or injury resulted from their own misconduct.

In addition to maintenance, cure and unearned wages, the general maritime law gives a seaman the right to bring a lawsuit against the employer for damages when the seaman is injured due to an "unseaworthy" condition aboard the vessel. The Jones Act also gives the seaman a right to recover damages resulting from the negligence of the employer or the officers, and other crew members. Recoverable damages include lost earnings and benefits, both past and future, pain, suffering, disability and loss of enjoyment of life.

Generally, a vessel is unseaworthy if the equipment or gear is defective or not in a reasonably fit condition, if the crew is insufficient to do the work required, or if the vessel is involved in an unsafe method of operation. The condition may be permanent, such as inadequate railings on stairways, ladders with defective rungs or poor lighting in areas where falls are likely to occur. Also considered unseaworthy are temporary conditions such as the presence of a slippery substance on the deck. If any of these conditions cause injury to a seaman, he or she may bring a claim against the employer or vessel owner for benefits.

What Is the Jones Act?

The Jones Act is a federal statute which gives a seaman the right to bring a lawsuit against the employer when he or she suffers an injury resulting from the negligence or carelessness of any officer, agent or employee of the employer. Unlike unseaworthiness, lawsuits under the Jones Act require proof of negligence or a lack of reasonable care by the employer or any members of the crew. Negligence includes failure to provide a safe place to work. The standard applied is a liberal one. Negligence "even in the slightest" which causes injury is enough to support a recovery for damages.

Any lawsuit under the Jones Act or for unseaworthiness must be brought within three years of the date of the injury. Failure to bring a lawsuit within the three year period will result in loss of your claim. Even if you do not wish to pursue a claim at this time, contact our firm for a free consultation so that you can make an informed decision.

Violation of Safety Statute or Regulation

If an injury occurs resulting from a statutory safety or regulatory violation, liability is established as a matter of law. Additionally, where a violation of a safety statute or regulation occurs, the court cannot consider any comparative negligence on the injured seaman's part.

At Kraft Davies Olsson PLLC, we carefully screen cases and take on those that allow us to make the greatest difference for seriously and catastrophically injured individuals and their families. We welcome inquiry by maritime union workers who have been injured at sea, on tugboats on blue-water ships, and on the Washington State Ferries.

For more information or to schedule an appointment with an experienced attorney regarding a case that involves maritime law, admiralty law or other workplace personal injury, please contact us or call 206.624.8844 for a free initial consultation.