In Maritime Personal Injury Cases NOT ALL LAW FIRMS ARE IN THE SAME BOAT
Contact Us for a Free Consultation
Associated With:
Home
Practice Areas
Cruise Ship Injuries
Assaults and Sexual Assaults on Cruise Ships 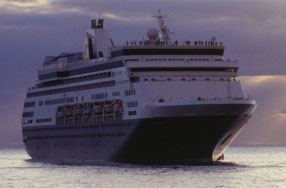 There is growing concern that the cruise ship industry has a problem with sexual assaults occurring on its ships involving assaults by crew members and other passengers. In response to those concerns and other safety issues within the cruise ship industry, in 2010, Congress passed the Cruise Vessel Security and Safety Act in order to provide greater protection for passengers. Under the legislation, the cruise ship company is required to report any crimes involving United States citizens to the Federal Bureau of Investigation (FBI).

In the context of a sexual assault or attack by a crew member, most courts hold that the cruise ship company is strictly liable for assaults committed by cruise ship employees. See, e.g., Doe v. Celebrity Cruise, Inc., 394 F.3d 891 (11th Cir. 2004) (imposing strict liability on cruise line for attack). This allows a finding of liability without needing to show negligence by the cruise line company leading to the attack. Rejecting arguments from the cruise line industry that the cruise lines should not be held accountable for the isolated criminal acts of employees, most courts have imposed a duty based on a contractual relationship under which the cruise line has a duty to protect its passengers from violent acts committed by ship employees. For example, in Muratore v. M/S Scotia Prince, 845 F.2d 347 (1st Cir. 1988), the court held that a “maritime carrier has an ‘unconditional responsibility for the misconduct of its people toward its passengers.” Unfortunately, a minority of other courts have reached the opposite conclusion and held that negligence of the cruise ship company is a necessary finding before liability will attach. See, e.g., York v. Commodore Cruise Line, Ltd., 1995 AMC 339 (S.D.N.Y. 1994).

Assaults and Sexual Assaults by Other Cruise Ship Passengers

When the sexual assault is perpetrated by another passenger, most courts hold that the standard of ordinary care under the circumstances applies to determine whether the cruise ship is responsible for the attack. See, e.g., Doe v. Royal Caribbean Cruises, 860 F. Supp. 2d 1337 (S.D. Fla. 2011). This usually means that the victim must show that the cruise line knew or should have known that the attack was going to take place or otherwise had notice that it needed to take action to prevent the assault. For example, in the case cited above, the victim was intoxicated and was seen by cruise ship employees repeatedly trying to rebuff advances by the assailant. The issue in these cases is whether the criminal conduct of third-parties was reasonably foreseeable by the cruise line and whether, in the exercise of ordinary care, action should have been taken by the cruise line to prevent the assault. These cases are highly fact-driven and it’s important that a detailed and careful investigation is carried about an experienced cruise ship lawyer to determine the facts that support the foreseeable nature of the attack.

If you have questions about your right to compensation following a sexual assault on a cruise ship by a crew member or another passenger, contact our experienced cruise ship lawyers for a free evaluation of your claim and answers to your questions. We accept most cases on contingent fee, meaning that you don’t pay any attorneys’ fees unless we are successful in making a recovery for you.