In Maritime Personal Injury Cases NOT ALL LAW FIRMS ARE IN THE SAME BOAT
Contact Us for a Free Consultation
Associated With:
Home
Attorneys
Robert M. Kraft 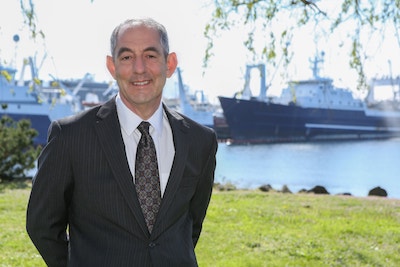 Robert M. Kraft has been involved in the practice of maritime injury law since 1980. His clients include commercial fisherman, tug and barge workers, blue water seamen, Washington State Ferry workers, cruise ship passengers and crew, and people injured on recreational vessels. He has earned a reputation of being a lawyer who will not accept settlement offers that do not represent the value of the case, and defendant vessel owners and their insurers know he is willing and able to take a case to trial to obtain the best result for the client. Rob is known for obtaining not only great trial results but also for settlements that are in the client's favor.

Rob recognizes that the most important part of being a lawyer is communicating frequently with his clients to be certain the client has all information that is necessary to understand the status of his or her case, and to insure the client is fully involved in decisions that need to be made. Together with 35+ years of handling and trying maritime cases and accumulating the knowledge and skill this experience has provided him, Rob views full and complete communication with his clients as his top priority. While it is true that he has greatly enjoyed many outstanding verdicts and settlements over the years, it is the relationships with clients that provides him with the greatest satisfaction.

Rob and his wife have been married for over 30 years, and they have two grown children. Rob plays bass in both a rhythm and blues band and a rock 'n roll band, and loves to golf when the weather is good. He considers himself extremely fortunate to have a career that provides great satisfaction going up against top-flight maritime lawyers, vessel owners and their insurance companies. He looks forward to many more years enjoying his practice and representing seamen who have experienced life altering injuries.