In Maritime Personal Injury Cases NOT ALL LAW FIRMS ARE IN THE SAME BOAT
Contact Us for a Free Consultation
Associated With:
Home
Attorneys
Richard J. Davies 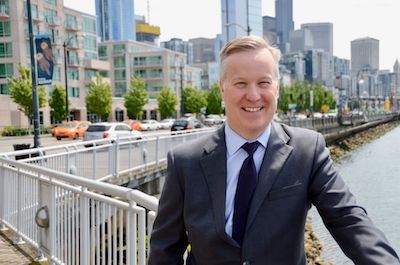 Known for his tenacity and being well-prepared in the courtroom, Rick has obtained dozens of major six and seven-figure verdicts and settlements in a variety of complex maritime personal injury and wrongful death cases against some of the largest maritime employers in the world, including Crowley Maritime Corporation, Foss Maritime Company, American Seafoods Company, Icicle Seafoods Company, The Fishing Company of Alaska, the state of Washington, and many other maritime employers and fishing companies operating in the waters of Puget Sound, Alaska, the Bering Sea, the Columbia River, and elsewhere.

Rick is proud that his work has provided financial resources to injured maritime workers, given them the ability to transition into new careers after career-ending injuries at sea, provided dignity after a loss, and allowed workers to provide for their families when they cannot work due to unsafe working conditions on a vessel or the negligence of another. By holding maritime companies financially accountable for the injuries they cause and the lives they change, Rick hopes to make the maritime industry safer for workers and passengers.

Rick’s reported cases include, Mai v. American Seafoods Co., 160 Wn. App. 528, 249 P.3d 1030 (2011) (holding that a maritime employer may not condition payment of maintenance and cure on attending a company medical examination and upholding a trial verdict for compensatory damages and attorneys’ fees for wrongful denial of maintenance and cure to a fish processor who was struck with a box on the dock during offload); Regan v. BP West Coast Prods., LLC, 2011 US Dist Lexis 52845 (2011) (holding that evidence supported BP’s exercise of control over the job site where the company conducted regular safety inspections and enforced safety policy on the job site when a worker was injured falling through a roof of a building being demolished).

The American Association for Justice